Dream Chasers: Building a dream school together in Austria 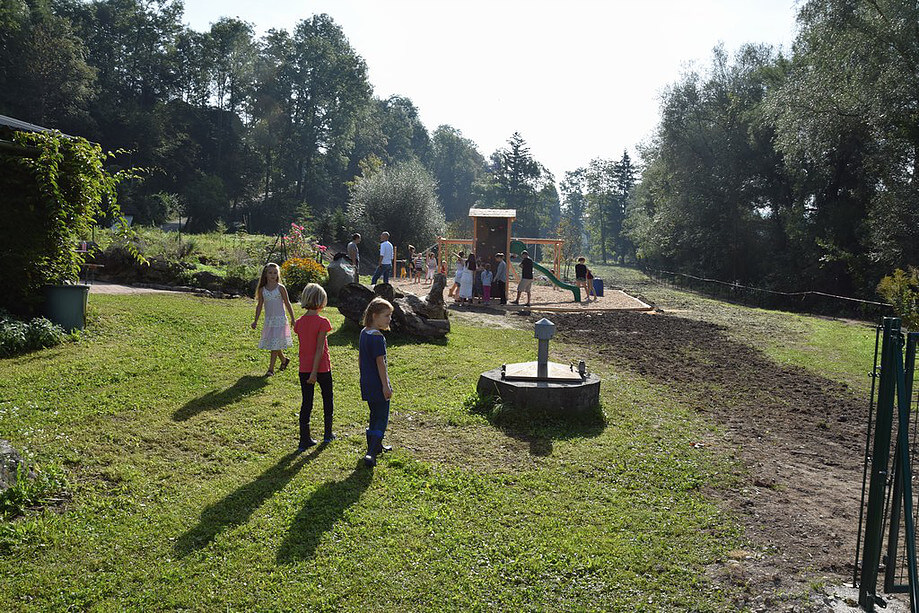 But there is one that really caught my eyes.

It is a story about a group of people who were passionate, and brave enough to build their dream – yes, literally build it from scratch – all by themselves. 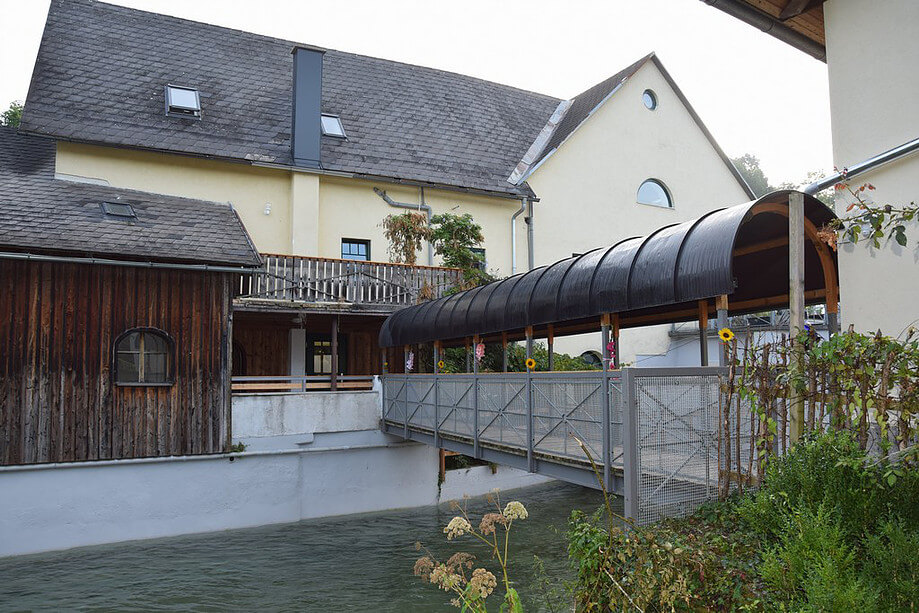 A school for children aged 6 to 14 at the foot of the Alps in Austria.

Situated at the foot of the Alps, and in a quiet and beautiful place in Pettenbach, Austria, there is this tiny school right next to a forest. Schule an der Alm (School at the Alm).

Many classes take place outdoor, as these 6 to 14 years old children concentrate on the subject of their interests in small groups, climb the trees in a race to the top, experience living in a teepee, go skiing, ice skating and sledging during winter, etc.

They have a lot of special activities, too. One that children are particularly excited about is creative day.

On creative day, they have the opportunity and the freedom to go wild with their imagination, like working with wood to craft their own mini houses to using the sewing machine to design their own clothes. 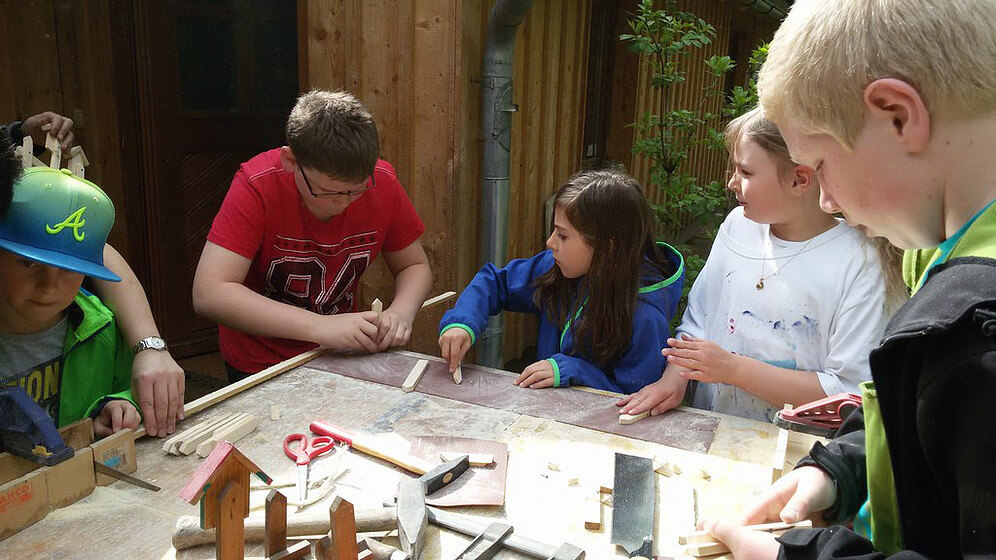 What makes the school even more unique is that, it is built by parents, teachers and children together!

It began with two young women. And a bunch of parents.

It all started about 10 years ago.

Two young women, together with parents like themselves, had a dream to build a school for their children so they could be educated at their will.

Gudrun, one of the teachers at the school then, worked in a normal primary school before.

When it was time for her second son to go to school, “My son should not be educated the same old way I did,” she told herself. “He should not sit in front of a desk for more than 5 hours a day when half of the time is just his teacher talking.”

So, with such a belief, and joined by the parents she met at Kindergruppe (children’s group) who share the same belief, they took action – founded their own school.

Michael, a gentle, loving father of two from the Kindergruppe, was Gudrun’s neighbor at the time, and so they decided to start the school at MIchael’s home.

A school that his 13-year-old son later enrolled as well.

“I already know Gudrun and how she teaches, so did my son. We just like the people and how they worked,” Michael told me during my interview. “And I believe, real good learning has to come from following one’s own interests, something the school believes in too.”

It was bold and brave of Gudrun, Michael and other parents to be different, to fearlessly hop on a journey to help children educate in nature, out of their own nature.

And it is a one-of-a-kind dream they did not easily give up, or compromise.

“Children should have the right to choose what, and when they want to learn, at their own speed.”
-- Michael Praschma
a 62-year-old copywriter and one of the parents

It was not until too many children enrolled that teachers, parents and students started adapting their new school building, building classrooms and school backyard.

The adults were responsible for countless duties like cutting the wood, painting the walls and roughing in electrical wiring, while children were helping them to carry objects from one location to another. 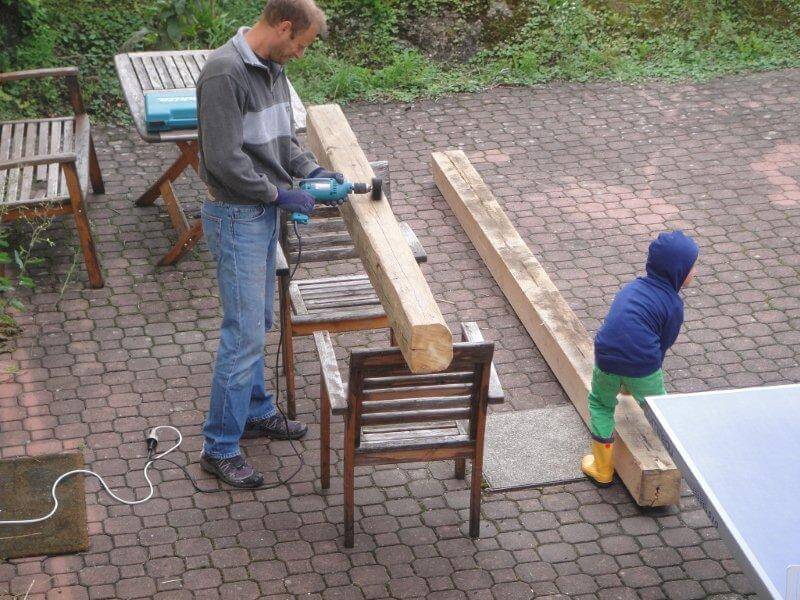 Loaded with tasks? They have “technology” to help with that.

School at the Alm is like a big family, and every single person in the school needs to be involved; Every parent needs to spend at least 100 hours helping out with different tasks every year. And it becomes more each year!

If both parents have a job, or if their children have to be looked for, discussion on which tasks are absolutely necessary or not is a must.

In the early days, they tried to do this via emails, a service everyone is used to. However, it later became difficult for them to tell who was responsible for what, how much something has been done, or what decisions have been made.

“Honestly, emails just resulted in tsunami. So, we spent about 20 hours looking for a solution.” said Michael, who is responsible for keeping everyone on track.

For me, it was quite surprising how such a “hand-made” school actively looked for and embraced “tech” apps to help them move things along smoothly. 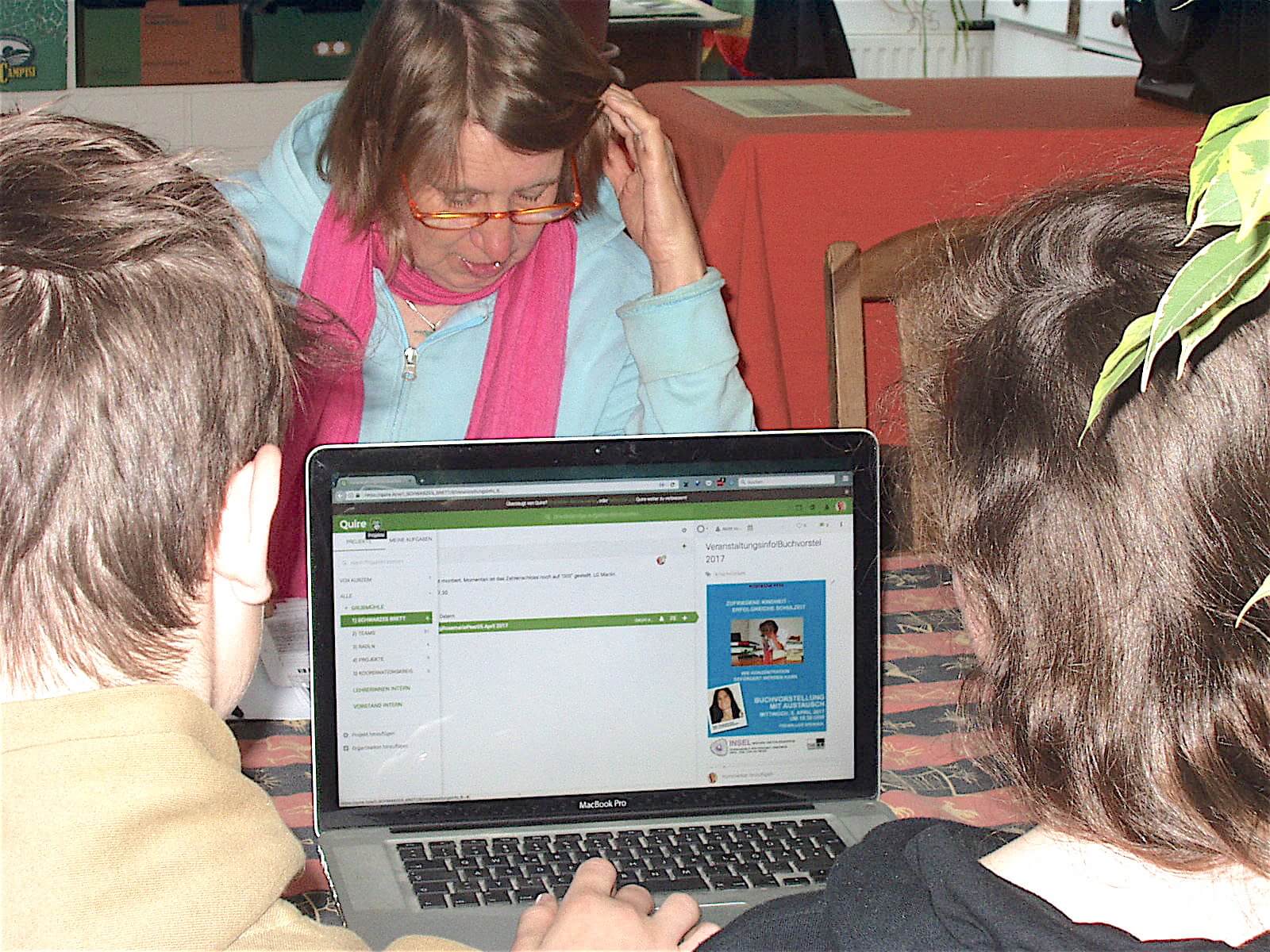 The solution they found recently is Quire, Doodle and appear.in.

Quire is a central place for task management, where they add events as tasks to further break down into smaller tasks to collaborate and keep track, whereas Doodle is used to decide a meeting time and appear.in for arranging a video call in meetings.

“Doodle and appear.in, they very much enhance the Quire tool to help us get things rolling,” said Michael.

10 years have passed, their journey continues...

School at the Alm has now grown into a primary and secondary school with 32 students, 58 parents and 6 teachers for children ages 6 to 14.

Before they welcome the new school year which begins in September, the school will be busy. Super busy.

An open house day will kick off in May. Everybody will be involved, when every parent, teacher and of course student is responsible for different tasks such as making sandwiches for the buffet, preparing presentations for the information stand, and attending little children’s corner to play with and supervise kids. 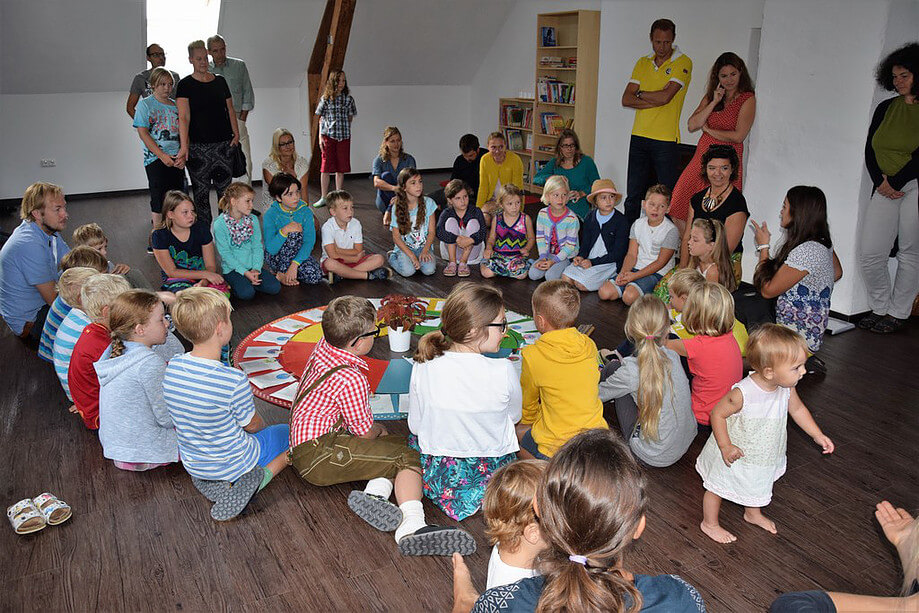 Such is the story about School at the Alm.

Did it inspire you to make a difference in the world? Did it awaken the giant in your heart? Do you now have a journey you want to pursue? Just go for it!