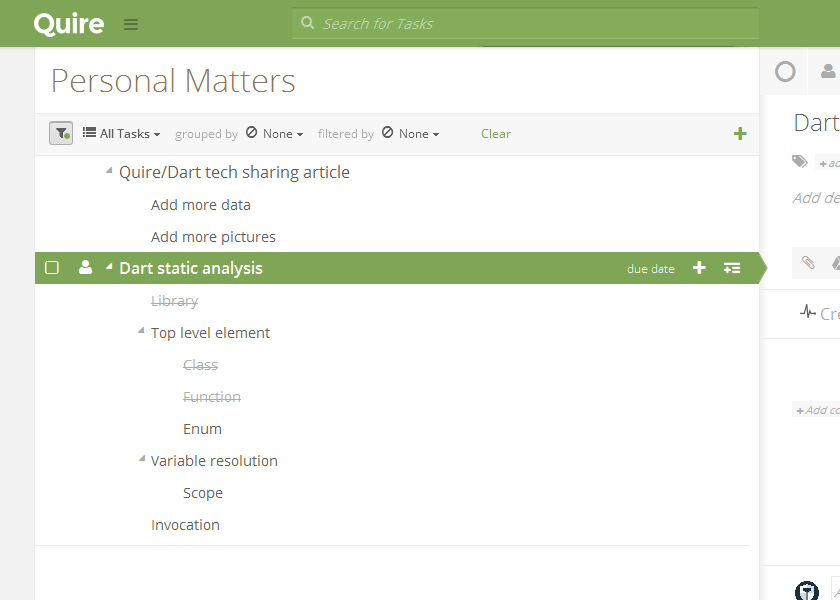 Quire is not the first web application written in Dart and won’t be the last one, but it could be the first app that relies on Dart so heavily, on both client and server sides.

It’s a fun task manager with tree structure to the core. The project itself has 53992 lines, 1620KB of Dart code, built with a few open source libraries from the community.

Before we started to work on this project, we are Dart enthusiasts known as the Rikulo team, who have released several Dart libraies, including UI framework, UI library, web server, messaging server, database client, etc.

We were all excited by Dart’s future worth when Dart was first released in 2011, and right away we started to work with Dart in small fractions of projects. Eventually we moved on to build a full application that consists of Dart majorly. Here we would like to humbly shared some of our experience, hoping to give you some information about developing in Dart.

There are tons of reasons to choose Dart. Among them, the most important ones for us are:

There are also cons of choosing Dart:

Embraced by strong type support, writing in Dart is much more robust than in JavaScript. Also, Dart is less verbose than Java, and sometimes (for example, with function expression) even less verbose than vanilla - - JavaScript. In general, working with Dart is comfortable, except for a few things:

Before Dart VM lands on Chrome, you would expect to deliver your product by compiling it to JavaScript. There are tons of languages which compile to JavaScript, but Dart stands out with a few extra advantages.

Dart on server side was never a hot topic in the Dart community, but we consider Dart as a strong candidate for server side programming language, because:

Quire is built with around 30 library imports, and of which 10 come from the community, while the rest are released by Dart team. While you may guess there are AngularDART and Polymer.dart if you are a Dart expert, they are actually both absent.

We are not using AngularDART, because:

We are not using Polymer.dart either, because:

The cornerstones of our client side stack are DQuery and Bootjack, which are both open source projects released by the Rikulo team:

We built our application stack along this way to leverage our knowledge and skills from the JavaScript world.

Stream is our web server, written in pure Dart, equipped with the abilities of routing, filter, server side MVC, etc. Stream works seamlessly with the event loop model. Writing a request handler is just about chaining a sequence of non-blocking routines. It is not only more productive and also more pleasure to work with than traditional multi-threading model. We also scale our web service and handle HTTPS with nginx, and delegate requests to Stream. With this architecture we are able to spawn and despawn Dart VM individually and upgrade the server without interupting user activities.

We have an enjoyable experience working with Dart, and we are looking forward to more exciting developments in the Dart community. Last but not least, if you are curious about what you can achieve with Dart, come and play with our app, Quire. It’s free! 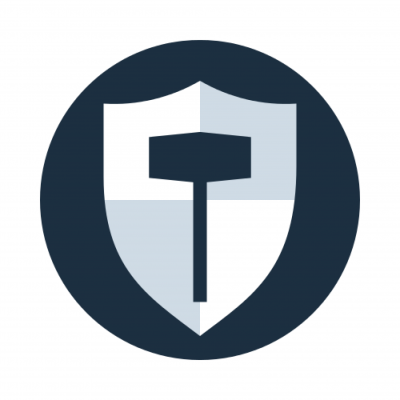