Time to Break the Myth of “Multiple Assignees” in Task Management 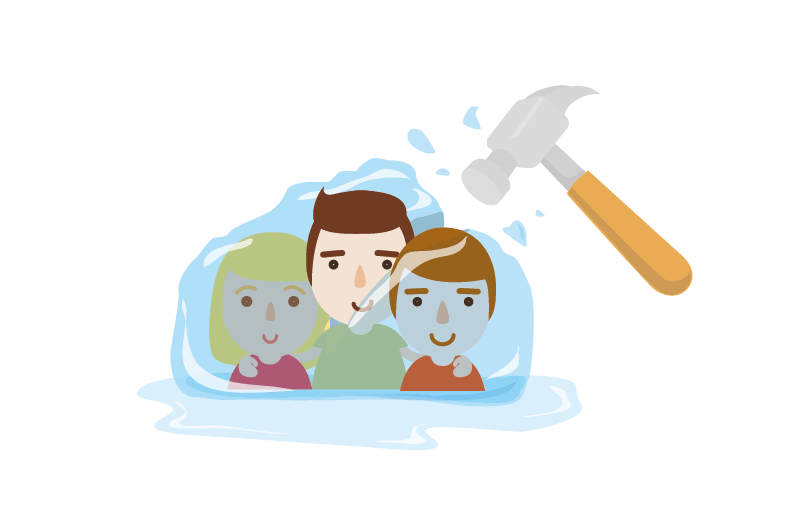 We often get asked, “Can I assign a task to more than one person?” Maybe you have this question too. Now the answer is, “Yes, you can!”.

While other task management tools or to-do list apps out there say you may be confused as to who’s responsible for what or tasks may be overlooked with multiple assignees, we say otherwise: there are times that you don’t want to bother deciding which member in the team should handle a task or breaking down a task that shouldn’t need to be broken down into subtasks just so you can assign them individually.

So why did we make it possible on Quire? Check out the three examples below.

Let’s say you and your sales team have potential customer inquiries coming in, and three people are responsible for replying them.

If you could assign such task to these three people, they’d each receive a notification when a new inquiry comes in and any of them could simply pick it up.

Honestly, you wouldn’t want to make the effort checking your resources, deciding who in the team should do it, or worse, change the habit of how you delegate tasks, just as long as it’s done by the team.

You and your co-workers need to make an animated video, and there’re two graphic designers responsible for the concept of characters.

This task is lacking specific details, like how many characters, what kind of characters and the relations of the characters, for it to become well-defined.

So, imagine going to the trouble of breaking it down when it’s perfectly alright the way it is.

If you could assign this task to both designers, they’d be able to work it out among themselves to complete it. This is what teamwork is about. 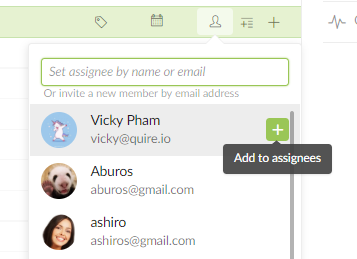 Case 3 - Not Enough Hands on Deck

Here’s another scenario that you may have already experienced yourself.

You and your engineering friends have finished building a product, and since it’s ready for evaluation, you created a task named “Review.”

Of course, you can assign a person to do it but it’d be better if more than one do it, so to give you as many feedback as possible. In other words, the more the better. 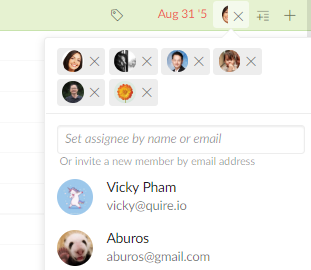 Now you know, it’s not always a one-man’s job when it comes to some tasks. Limiting you to single assignee and asking you to decide who’s the best person for the job or breaking down a task that doesn’t actually need to be broken down into smaller ones is frustrating. It’d also be going against how our minds naturally work.

That’s why we made assigning people flexible, so you can get the best of both worlds, without having you compromise your usual behaviors or us compromise our simple UI!