You're Not Lazy! You Just Don't Know How to Procrastinate Properly 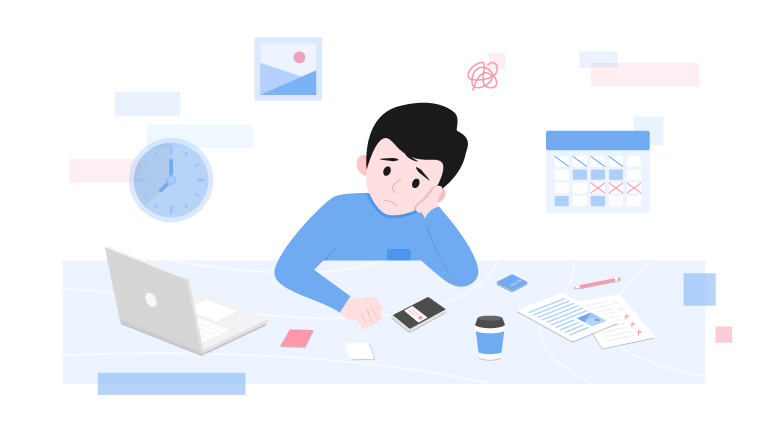 Procrastinating properly, or intentional procrastination, is not a bad thing. It’s just your mind’s natural expression of its desire for novelty and efficiency.

Industry and culture have evolved/changed much faster than the human brain. Since the industrial revolution, there’s been nothing but finding ways of doing things faster, and safer, and easier, and cheaper.

And if you aren’t, well then, you’re just lazy.

The obvious problem with this mentality is that it makes no sense. Our brains aren’t built to be switched on 24/7. First of all, we need sleep. That is not an option.

But second of all, most people crave novelty. They will instinctively go looking for something new and exciting and challenging and different. And the work they’re doing has got to mean something, otherwise what’s the point?

Most jobs are not conducive to people’s constant need for novelty and efficiency.

Because many jobs are either menial, repetitive, unimaginative, stationary, or some combination of these.

Which, to put it simply, means procrastinating is not a bad thing.

The difference between intentional procrastination and being lazy

How you procrastinate is what matters. And it’s also how you can differentiate between intentional procrastination and being lazy.

Intentional procrastination may sound ironically aphoristic, or just a straight up oxymoronic. But it is not. At least, it’s not oxymoronic.

This type of procrastination has a purpose. It is, at least vicariously, helping you achieve your goal, while tricking your brain into thinking you are doing something else. Which, in a way, you are.

But importantly (and it’s in the name), for it to be intentional it must have a purpose. You must be using the time wisely to seemingly do something else.

An example of being lazy is: checking your email every 5 minutes in the hope something important will come up that’ll give you an excuse to stop what you’re doing.

You could easily use that time to do something meaningful, such as the job you’re meant to be completing.

But what about when you’re staring at a task and it just seems like anything else would be better right now?

How do you procrastinate your way back into a productive mindset?

There are two key ways you can do this:

A quick note on the use of procrastination:

In fact, the psychology professor argued that “pleasant-sounding variations of the term [procrastination] can function like a gateway drug.” Essentially allowing people to rationalise their laziness as some sort of weird productivity hack.

But whether you want to call it intentional procrastination or purposeful delay, it does something very different from being lazy.

Procrastinating, or being lazy, by playing a few sneaky levels of Candy Crush, or checking social media is just wasteful. And you know it is. More often than not you will feel guilty about wasting time, although not while you are being lazy.

It’s afterwards when you look up and realize the work you were avoiding is still sitting there. Waiting. Inexorable. Inevitable. This is when guilt, shame, and other similar negative emotions set in.

Which is unhelpful, unproductive and can lead to further stress and procrastination.

Avoid feeling lazy by allowing for small bursts of procrastination

Scheduling in small bursts of procrastination can be useful. Give your brain a rest, change gears for a moment, and then come back to the task at hand refreshed and ready to go.

You will lose a little time, but you’ll gain motivation and a desire to keep going. Or, alternatively, if you know a job is going to take two hours, give yourself two and a half hours. This will account for all those little breaks, pauses, and distractions which inevitably occur during the work day.

By factoring these little procrastination bursts in, you won’t so feel bad about them, and you’ll be able to complete your work on time.

This is where it’s more purposeful delay than intentional procrastination.

The GTD method was popularized in a book by David Allen in 2001. The book is titled Getting Things Done: The Art of Stress-Free Productivity. In this book, David Allen discusses how his GTD method can help you organize and optimize productivity. And in doing so, you can reduce stress and save time.

This methodology works by creating an open loop that includes all your tasks. Which isn’t to say it’s about trying to complete all your tasks at once. Quite the contrary. The idea is to better prioritize the tasks in front of you.

Instead of worrying about all the tasks you have to do, you focus on today’s tasks. And anything that’s not important today, you ignore until it does become important.

This way you successfully get through all your tasks by only focusing on what’s in front of you.

Read more on set up GTD Method in Quire to live a stress-free life.

The “Someday/Maybe” list: leave for tomorrow what cannot be done today

To do this, David Allen suggested putting the tasks which don’t need to be completed today in a place called “Someday/Maybe”. Now, not all tasks can be relegated to someday, and probably aren’t optional.

But the idea is that by stopping what you’re doing to prioritize your tasks list can actually make you more productive.

Technically, The GTD method means you’re procrastinating from the work you should be doing. But the benefit is that it helps you to focus on what’s important right now. Essentially helping you to refocus, and leave for tomorrow what cannot be done today.

How the GTD method works

This method is a five-step process:

The first step - Capture is where you write everything down that’s clogging up your mind. Every distraction, and every task that’s on your mind. Don’t second guess yourself, don’t overthink it, just write down what comes to mind.

The second step - Clarify is where you process your list and decide what’s the most important. What do you need to get done today?

The third step - Organize is where you organize your tasks list by adding due dates, delegating tasks that can be delegated, and putting tasks in order of priority.

The fourth step - Review is what lets you have your small bursts of intentional procrastination. It’s the review phase where you frequently review your task list to see if it needs to be revised or updated.

The fifth step - Engage is where you go to work. You’ve parsed your list down to what needs to be completed today.

Team management software, like Quire, allows you to assign tasks with tags, dates (for starting and completion) as well as the priority of the task.

If you want to put tasks to one side, or for them to act as a reference list, Quire’s Peekaboo feature allows you to put all distractions out of sight so you focus on what’s important now.

To ensure you are on the right track and keeping up with all deadlines, you can create overview reports. These allow you to see what has been done, and what is left to be done.

Again, if you’re looking for a way to do some intentional procrastinating, creating these overview reports are a great option.

So, you can see what’s important and what's important tomorrow's important, Quire has a Kanban board. This is where the tasks which need your immediate attention are placed. Which helps you to not become distracted or overwhelmed by how much worth there is to do.

With functions like Peekaboo and the Kanban board, team management software can help you procrastinate from a task in a way that still provides some value to your work week.

And at the end of the day, this is the most productive option. It’s far better than playing a couple of Candy Crush levels, with the added bonus of: you won’t feel guilty or worried about getting caught implementing the GTD method.